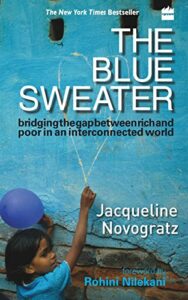 xperiencing a massive transformation. Economically, socially and politically, it is a time of rapid change. The second decade of this new century is critical. It gives us a window of opportunity to complete the unfinished agenda of inclusive growth; of universalizing access to opportunities. Old debates about the role of the state and the role of the markets towards this end are being sharpened anew. It is a time of experimentation and renewal. Citizens are challenging and nudging the state to deliver better public services and improved governance. Consumers are driving markets to more innovation in products and services at lower prices across a broader geography. No doubt the lines are not drawn evenly and power is not distributed equally. Yet it is impossible to ignore the roar of a billion hopes and fears blowing in the winds of our democracy. Two decades of market reforms have created quick and unprecedented wealth for those who were poised to take advantage of the open economy. Now the rich have to show why this wealth creation is good not just for a few but for the whole country. Recently, philanthropy has come under the glare of the media. As more Indians learn to give away more of their wealth, there will hopefully be a diversity of models for giving. Indians will tailor their philanthropy to local conditions and may not follow existing models. That is the rich promise ahead. Some of this philanthropy will go towards building institutions- for education and health, for arts and culture, for the protection of the environment. Some philanthropy will support movements for socio-political change. Increasingly however, it looks as though some of this philanthropy will underwrite social entrepreneurs and a market-based approach to problems of poverty.

Making markets work better for society is absolutely critical if economic freedom is to thrive. Post the economic crisis, there has been a strong backlash against the role of global financiers and the opaque financial markets they straddle. But unless there is a counter movement to demonstrate how capital can work differently, nothing much will change on Wall Street. Philanthropy has a small but important role to play in this direction. Patient capital is needed for businesses that serve the poor and the underserved. Nothing can or should replace the role of the state in ensuring basic goods and services to all, right up to the last citizen. But markets (bazaar) have always been an important third leg after society (samaj) and the state (sarkar). Without adequate public infrastructure, and without access to formal credit it is a gargantuan task for entrepreneurs serving the poor to succeed. Often, their models are built by carefully listening to what their potential clients actually want, whether it is in low-cost energy devices, housing, education supplements or livelihood- enhancing services. They do have the potential to create successful double bottom-line enterprises. What they lack is financial support that will not hold them to a model of maximum profit extraction at any cost. They need money and mentoring that allows them to experiment and to sometimes fail. These entrepreneurs need financial banking that allows them, when they do succeed, not to destroy the very foundation on which they built their dream; not to trample over the poor as they themselves rise. For now, only philanthropic capital might be available for this purpose. But within that, perhaps, lies the seed to reclaim the role of the bazaar as an enabler and not a master of the samaj.

Acumen Fund, perhaps more than any other such entity in the world, has succeeded in drawing such philanthropic capital and other resources from an ever widening base. In a short period of time, it has established a strong though small presence in three continents. Its vision to combine business and philanthropy to break the cycle of poverty, its focus on dignity not dependence have attracted many talented people to its fold. My husband Nandan and I made a small commitment to Acumen Fund when it started operation in India and have admired how its efforts have spread from safe water to alternative energy and sustainable agriculture. The powerhouse behind Acumen Fund is Jacqueline Novagratz, a woman I greatly admire for her courage and humour, her open mind and her universalist humanism. Jacqueline’s highly infectious enthusiasm for life and her conviction that people can make anything of their own lives with the right help make her one of the most extraordinary people I know.

The Blue Sweater is a remarkable story of her journey across continents and across a political canvas of despair, hope and sheer grit. Written from Rwanda and Kenya, India and Pakistan Jacqueline’s book reminds us of how shared our destiny really is in interconnected world. She sought out men and women of extraordinary courage in her desire to ‘change the way the world tackles poverty’. She has had the courage herself to learn from them and evolve her own ideas and reverse her assumptions about the role of pure charity or even that of markets. “I’ve learned that generosity is far easier than justice,” she writes, and her work towards a more just world then yields to her, as in Tennyson’s Ulysses, that “ I am part of all that I have met”. She then adds “And they- every one of them, good and bad – are part of me.”

This understanding, embodied in a phrase familiar to Indians – vasudhaiva kutumbam- really defines Jacqueline’s quest. I hope many, especially young people in India, will read and be inspired by The Blue Seater. There is so much work ahead to ensure that all our people can live in dignity and prosperity. This book offers many insights and raises the possibility that patient capital can take on a part of that task. India’s new wealth combined with its growing band of social entrepreneurs can surely move us closer to make the bazaar more accountable to the needs of the samaj.

The macro crisis in the microfinance sector may not get resolved anytime soon. But it is a symptom of a much larger trend moving through the country. The Indian microfinance model developed differently from that in its original home in Bangladesh. It took root with self-help groups (SHGs) set up in Karnataka by Myrada, with […]
Dec 25, 2010 |

Digitisation Makes Welfare Schemes Possible. It can be Discontinued When Pandemic Ends

We are in a marathon when it comes to this pandemic. People will need support for longer than anticipated. During a crisis, the emphasis needs to be on including those who really deserve the help rather than making sure the wrong people are kept out.Written by Rohini Nilekani, Gaurav Gupta and Roopa Kudva In a […]
Jul 13, 2020 |

The Conversation Series I From Self To Society: The Role Of Active Samaaj For Social Change

In this session of The Conversation Series, Rohini Nilekani, Chairperson of Rohini Nilekani Philanthropies and a committed philanthropist, shares insights into her journey from self to society, and recounts personal stories of how she arrived at this philosophy of a strong Samaaj as the foundational sector. The author of ‘SAMAAJ, SARKAAR, BAZAAR: A Citizen-First Approach’ […]
Nov 1, 2022 |
Back to the top